After a long period, punctuated by no shortness of user demand, Chromebooks can now finally support Windows applications. Well, in a manner of speaking. Let’s examine the process that now allows a user access to the applications once denied to ChromeOS users, to consider if it is worth using after all.

Before we get into how this is possible, we should mention a few of the prerequisites of this process.

As of right now, the Windows/ChromeOS compatibility is clearly intended for enterprise use, as it is configured for company-wide setups and rings up an annual per-user cost of $70. Furthermore, the method we are covering here is only compatible on higher-end Chromebooks, with at least an i5 or i7 Intel Core processor, 16GB of RAM, and 128GB of onboard storage.

How Does Windows Run on a Chromebook?

By collaborating with a company called Parallels, Google has successfully brought Windows to the Chromebook via the capabilities of a locally installed virtual machine. As a result, any Windows program can be utilized with or without an active Internet connection.

This approach makes the user experience somewhat unique, as the Windows install effectively runs in its own window, almost as if it were simply an application installed in Chrome OS. From within this window, the user can access and utilize the Windows software they need. As a result, it almost feels as though you’re utilizing a remote desktop software, despite the OS being present on your hardware. Starting up the Windows software will take you through the entire boot process you’d typically see in a Windows device, and applying updates will sometimes prompt you to restart the OS environment, rather than your entire device.

How Well Does This All Work?

Besides the unconventional user experience and a few minor oddities, however, hosting Windows on a Chromebook works just the same as using a Windows device. Some of these oddities can even be beneficial—for example, the same system clipboard applies to both environments, allowing you to copy from one OS and paste into the other. The file storage system also works across both platforms, allowing a user to open their Windows files in Chrome, even if the Windows environment is inactive.

According to reports on Parallels’ process, the only thing that doesn’t work as intended is the recording capability within the Windows environment (although there are currently efforts to resolve this issue in the works). You can even include custom business applications along with more common solutions… you just need to make sure that your Windows environment is configured correctly.

Why Would Google Do This?

It would appear that Google has seen the value of providing support for legacy applications—this entire initiative has been framed with that concept at the forefront—so that companies who rely on these applications can continue to operate effectively. So, despite the slight difference in how native these Windows applications seem as compared to those that are web-based or work within the Chrome or Linux operating systems, these changes only foreshadow further improvements to come, and a new perspective into how computing will need to be shaped in the future.

Don’t assume that you can simply take your existing budget Chromebook and install Windows on it off the bat, but it will be nice seeing more options for low-cost hardware that plays nicely with the network environments that most businesses already have.

What do you think? Do you see any utility in the Chrome operating system playing nice with Windows applications? Let us know what you think in the comments!

Facebook Twitter LinkedIn
Tags:
Users Software Windows
Why is VoIP Seen as Such a Great Business Solution...
Examining Some Unusual Cybercrime Patterns in 2020 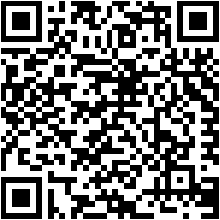