There’s an ongoing debate concerning whether the United States Constitution gives the American government the right to access data held on electronic devices by its citizens. In case they didn’t make themselves heard clearly enough, the director of the FBI, James Comey, has released a statement at Symantec’s Annual Government Symposium. You might not like his answer.

Do you remember the controversy concerning Apple and the FBI? It was a case that swept the country and encroached on unprecedented ground. The FBI demanded that Apple release information on how to unlock an encrypted iPhone that was connected to a terrorist attack, but Apple chose to vehemently refuse the FBI, stating that it would be endangering the entirety of their consumer base by doing so. The FBI threatened Apple with lawsuit after lawsuit, but in the end they were able to unlock the device without Apple’s help.

The popular trend of providing mobile devices with encryption has led to increased complications during investigations, and Comey chose to clarify the Bureau’s stance on the privacy of the typical American citizen. While there has to be a reasonable expectation of privacy in houses, vehicles, and even mobile devices, Comey claims that these expectations can reasonably be revoked in a court of law. He says: “With good reason, the people of the United States--through judges and law enforcement--can invade our public spaces."

This statement prompts yet another question: how does a personal device qualify as a public space? According to Comey, a mobile device actually can be considered a public space: “Even our memories are not absolutely private in the United States,” Comey said. “Even our communications with our spouses, with our lawyers, with our clergy, with our medical professionals are not absolutely private. Because a judge, under certain circumstances, can order all of us to testify about what we saw, remembered, or heard. There are really important constraints on that. But the general principle is one that we’ve always accepted in the United States and has been at the core of our country: There is no such thing as absolute privacy in America. There is no place outside of judicial authority.”

Additionally, Comey made sure to point out that the FBI has no business telling American citizens how to live and govern themselves, and that the tech companies don’t either. You might recall the open letter that many tech companies addressed to the the FBI last April, demanding that the government cease issuing mandates that would require tech companies to provide encryption keys for their software.

It’s natural that these Silicon Valley giants don’t agree with Comey. In fact, there are even those amongst his peers who don’t believe he’s right on the matter. Nuala O’Connor, the President and CEO of the Center for Democracy & Technology, as well as the first Federal chief Privacy Officer for Homeland Security, is one of them. She says, “He could not be more wrong on encryption.”

O’Connor is hardly the only one of his contemporaries who disagree with Comey. Two other notable former government officials had something to say about the FBI’s stance on encryption, and they both spoke at the RSA Cybersecurity Conference. Former Department of Homeland Security Secretary Michael Chertoff claims that forcing Apple to provide software that can hack into an encrypted iPhone would be like “creating a bacterial biological weapon.” Similarly, Mike McConnell, a former Director of National Intelligence, claimed that “ubiquitous encryption is something the nation needs to have.”

This isn’t a problem that only technology companies have to deal with. It’s something that all users of smart technology (and most technology in general) have to endure. After all, any rulings in favor of the FBI’s stance could be detrimental to user privacy. For example, in the case of Apple creating a software that can crack their iPhone’s encryption, what would happen if this software were stolen and exploited by hackers? It would become a major problem, just like the NSA’s surveillance vulnerabilities that were stolen and sold on the Black Market just this past summer.

Facebook Twitter LinkedIn
Tags:
Security Privacy Law Enforcement
Tip of the Week: 5 Steps You Can Take to Foil the ...
How One Major Government Department is Revamping I... 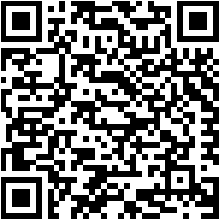